The Adventure Of The Three Students
by Arthur Conan Doyle
A professor at a top university seeks Holmes' help with a possible case of cheating in a valuable scholarship exam.
- Length: 21 pages
- Age Rating: PG
- Genre: Crime
- 10 Comments

A Case of Identity
by Arthur Conan Doyle
Holmes investigates the case of a fiancee who disappeared on the day of the wedding.
- Length: 19 pages
- Age Rating: PG
- Genre: Crime
- 8 Comments 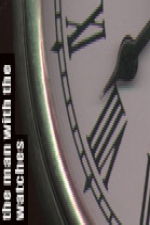 The Man with the Watches
by Arthur Conan Doyle
An apparently impossible scenario involving the diappearance of three people from and the appearance of a totally unknown - dead - fourth on a moving train.
- Length: 17 pages
- Age Rating: PG
- Genre: Crime
- 17 Comments