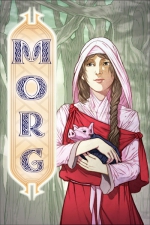 Morg
by Clare Reddaway
A children's story set in the Iron Age. A girl, Morg, makes a wish to the goddess ...
- Length: 19 pages
- Age Rating: U
- Genre: Children, Fiction
- 28 Comments

He Let The Dogs In
by Matthew Martin
A old man adjusts to life after the death of his wife from cancer.
- Length: 7 pages
- Age Rating: PG
- Genre: Fiction
- 8 Comments