Ghosts
by Guy de Maupassant
A young man's suspicions are aroused when he finds out his dead mother is appearing to his father, threatening eternal damnation unless the son is disinherited.
- Length: 7 pages
- Age Rating: PG
- Genre: Horror
- 3 Comments

A Ghost
by Guy de Maupassant
A man is asked to collect some items from a house where the lover of an old acquaintance recently died.
- Length: 8 pages
- Age Rating: PG
- Genre: Horror
- 9 Comments 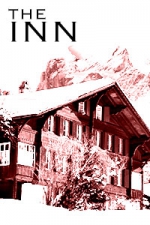 The Inn
by Guy de Maupassant
When one of the winter caretakers of an isolated mountain inn goes missing, loneliness beings to take its toll on the other.
- Length: 14 pages
- Age Rating: PG
- Genre: Horror
- 65 Comments