The Princess and the Pea
by Hans Christian Andersen
A prince's mother takes steps to ensure her son marrys a real princess.
- Length: 2 pages
- Age Rating: U
- Genre: Children
- 268 Comments 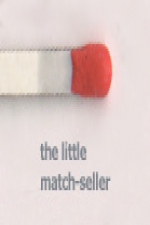 The Little Mermaid
by Hans Christian Andersen
The story of a young mermaid who falls in love with a prince from above the waves.
- Length: 22 pages
- Age Rating: U
- Genre: Children
- 65 Comments