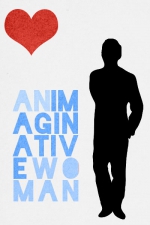 The Reckoning
by Edith Wharton
A couple are in agreement on the ethics of marriage but personal feelings, inevitably, intrude.
- Length: 23 pages
- Age Rating: PG
- Genre: Fiction
- 4 Comments

The Lagoon
by Joseph Conrad
By a stagnant lagoon, as his love lies dying, Arsat tells the story of their meeting and the price he had to pay to be with her.
- Length: 11 pages
- Age Rating: PG
- Genre: Fiction, Romance
- 69 Comments