The Fall of the House of Usher
by Edgar Allan Poe
The original gothic tale of madness, death and the atmospheric possibilities of an old house.
- Length: 17 pages
- Age Rating: PG
- Genre: Horror
- 15 Comments 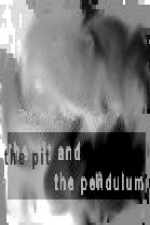 The Pit and the Pendulum
by Edgar Allan Poe
A first person account of a man's torture at the hands of The Spanish Inquisition.
- Length: 15 pages
- Age Rating: PG
- Genre: Horror
- 21 Comments

The Masque of the Red Death
by Edgar Allan Poe
As a hideous pestilence sweeps his lands, Prince Prospero seals himself in his castle and prepares a fabulous party.
- Length: 4 pages
- Age Rating: PG
- Genre: Horror
- 32 Comments