The Emperor's New Suit
by Hans Christian Andersen
An emperor whose only ambition is to be well dressed falls victim to a couple of visiting swindlers.
- Length: 5 pages
- Age Rating: U
- Genre: Children
- 98 Comments

Thumbelina
by Hans Christian Andersen
The adventures of a tiny girl who is found inside the petals of a Tulip.
- Length: 12 pages
- Age Rating: U
- Genre: Children
- 54 Comments 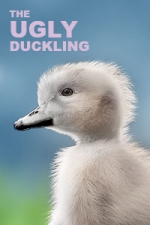 The Ugly Duckling
by Hans Christian Andersen
The mother of a brood of beautiful ducklings gets a surprise when her final, largest egg hatches.
- Length: 10 pages
- Age Rating: U
- Genre: Children
- 63 Comments