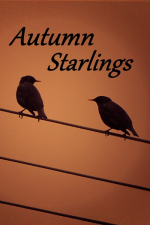 Autumn Starlings
by Andrea Smith
He sat on the bench. Their bench. And watched the birds. And remembered.
- Length: 7 pages
- Age Rating: PG
- Genre: Fiction
- 2 Comments