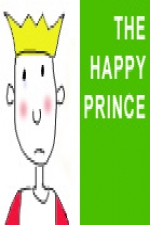 The Devoted Friend
by Oscar Wilde
What exactly is friendship? A miller has very strong opinions on the subject in this witty tale narrated by a bird.
- Length: 12 pages
- Age Rating: U
- Genre: Children
- 28 Comments

The Nightingale and the Rose
by Oscar Wilde
A romantic nightingale comes to the aid of a lovesick student who has a single day to find a red rose.
- Length: 8 pages
- Age Rating: U
- Genre: Children
- 133 Comments