The Poet And The Peasant
by O. Henry
A country boy arrives in the city - but is mistaken for a confidence trickster.
- Length: 7 pages
- Age Rating: PG
- Genre: Fiction
- 7 Comments

The Man Who Kept His Money in a Box
by Anthony Trollope
A family with an unusual method of transporting large quantities of money cause problems for a young man holidaying in Italy.
- Length: 31 pages
- Age Rating: PG
- Genre: Fiction
- 3 Comments 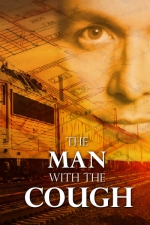 The Man With The Cough
by Mrs Molesworth
A young engineer is charged with transporting secret documents across the English channel - but criminal elements are on his trail and things soon start to go wrong.
- Length: 16 pages
- Age Rating: PG
- Genre: Crime, Fiction
- 18 Comments