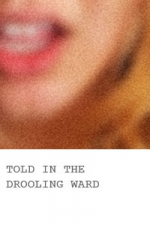 Told in the Drooling Ward
by Jack London
An excerpt from the life of a resident at a Californian mental institution. Told in the first person, the story offers a glimpse through another's eyes and mind.
- Length: 11 pages
- Age Rating: PG
- Genre: Fiction
- 20 Comments

To Build a Fire
by Jack London
A man and his dog fight for survival during a bitterly cold Arctic trek.
- Length: 15 pages
- Age Rating: PG
- Genre: Fiction
- 32 Comments